Meet Inspiring Speakers and Experts at our 1000+ Global Events inclusive of 300+ Conferences, 500+ Workshops and 200+ Symposiums Every year on Medical, Pharma, Engineering, Science, Technology and Business.

Conference Series LLC Ltd invites all the scholars from all over the world to attend and present their respective scientific research at '9th International Conference on Biodiversity and Conservation during November 12-13,2019 in Sydney, Australia which includes Keynote Presentations, Oral Talks, Poster Presentations, Workshops, Delegate Participation, Media Partner, Collaboration, Sponsorship and Exhibitions.

People from around the world are looking forward to build an Eco-friendly world and they are doing well with their research on different kind of species and how they evolved and diversified among the world and some of them were extinct and some of them are ready to extinct, which makes researchers to think and take care on conservation of endangered species. So we take an initiation to gather researchers from around the world at a single stage to discuss on the diversity of species and it’s a relation with the surrounding environment and also makes a strategy to conserve endangered species. We assure 8th International Conference on Biodiversity and Conservation is going to build a new enthusiasm among the people on the importance of Biodiversity.

The conference was organized around the theme “Variety of Species Innovates Variety of Research” which covers a wide range of critically important sessions related to Biodiversity Conservation, Ecology, Sustainable development and Forestry with 11 different tracks related to biodiversity and allied fields. This annual conference brought together eminent scientists from more than 10 countries in which many critical issues were discussed in depth to provide up-to-date information to the world. On the other hand, the meeting provided a best platform to share their ideas and experiences and to report unique, new discoveries and researches in Biodiversity and allied fields. The two day program witnessed thought provoking keynote and plenary presentations from experts from worldwide.

Biodiversity Congress 2018 Organizing Committee would like to thank the Moderators of the conference, Ms. Kalai Arasi Arumugam, Universiti Putra Malaysia, Malaysia and Ms. Anchal Rana, Forest Research Institute, India who contributed meticulously and exuberantly for the smooth functioning of this event.

Conference series LLC wishes to acknowledge all the organizing committee members, moderators, chairs, speakers, students, delegates in making this event a great success. We are also obliged to various delegate experts, company representatives and other eminent personalities who supported the conference by facilitating active discussion forums. We sincerely thank the Organizing Committee Members for their gracious presence, support, and assistance with the unique feedback from the conference.

With the unique feedbacks from the conference, Conference series LLC would like to announce the commencement of the "9th International Conference on Biodiversity and Conservation” to be held during 12-13 November 2019 at Sydney, Australia.

Biodiversity conference series is playing an important role to create awareness and providing a platform to share and discuss on, how different types of species evolved in our ecology and about its importance and how to be eco-friendly to eradicate the word extinction. World is looking at extinction of species, so we are organizing series of biodiversity conferences which mainly aims to invent a method on extinction of endangered species.  We are inviting the whole world to gather at a single platform and to raise-up their voice on our own “Biodiversity”.

Scope and Importance of Biodiversity Research:

The importance of biodiversity research is to evaluate the different kinds of species among our biosphere and helps to find new ways for the conversation of endangered species and to prevent upcoming threats of imbalance in the ecosystem. Up to now we have several types of species in our ecology and the research which is going-on will give much more varieties of species and its evolution as well, so we came up with a theme “Variety of Species Innovates Variety of Research”

9th International Conference on Biodiversity and Conservation to  be held from 12-13 November 2019 Sydney, Australia is going to be the biggest conference dedicated to Biodiversity Research. It provides a premier technical forum for reporting and learning about the latest research and development, along with discussing new technologies. Events include hot topics presentations from all over the world and professional networking with industries, leading working groups and panels.

Biodiversity 2019 anticipates hundreds of delegates including international keynote lectures and oral presentations by renowned speakers and poster presentations by students, Exhibitors and delegates all around the world which will craft a platform for global promotion. It provides international networking and opportunities for collaborations with worldwide companies and industries.

Biodiversity and environment administrations are for the most part regarded as open products, with no cost and no market. In monetary terms they are 'externalities', This has added to across the board abuse and corruption of common foundation. There is developing acknowledgment this is hurting human prosperity as well as the economy, for instance when organizations, people or governments are compelled to put resources into costly advances to supplant characteristic administrations, for example, surge assurance, that have been lost through poor natural administration.

The foundation of business sectors for biodiversity, biological system administrations and regions of normal living space is a possibly intense method for disguising these generally externalized costs. One case of this is biodiversity or natural surroundings keeping money: this includes the exchanging of credits made by rebuilding exercises to balance the harm caused by advancement. Therefore, the rule of no-net-loss of biodiversity can be supported while additionally invigorating monetary development. Such frameworks might be intentional, or upheld by an administration arrangement structure and motivating forces.  Numerous nations utilize some type of remuneration or counterbalance conspire under their Environmental Impact Assessment (EIA) laws, and as of late the quantity of activities placing this into training has been developing. A report by Ecosystem Marketplace distinguished 39 such plans in activity around the globe in 2010, with another 25 in the arranging stages. Worldwide yearly market measure is as of now assessed to be $1.8-$2.9 billion (a gross think little of, as just 20% of existing projects), giving preservation administration of somewhere around 86,000 ha for each year.  The ongoing dispatching of perusing investigates the subject by the EC and Defra demonstrates that there is expanding enthusiasm inside the EU and the UK in a more formalized and complete biodiversity managing an account framework. Furthermore, business associations to give biodiversity credits have started to show up.

Market Growth of Biodiversity Research in the last and upcoming ten years:

Biodiversity worldwide is being lost, and in a few zones at a quickening rate According to the Millennium Ecosystem Assessment (MEA 2005a), the principle wellsprings of biodiversity misfortune are arrive utilize changes (as a rule related straightforwardly or in a roundabout way with expanding populaces, e.g. transformation to horticulture); unsustainable utilize and exploitation of characteristic assets intrusive outsider species; worldwide environmental change; and contamination,Without government intercession, the commercial center experiences issues making that qualification. That so couple of approaches have been instituted to alleviate biodiversity misfortune is an indicator of the quality of the fundamental market disappointment, particularly since there is impressive confirmation for immediate and aberrant qualities of biodiversity that are not reflected in the market, Looking forward, numerous components will influence biodiversity in ways that will either damage or help it. No place is this potential for changes in biodiversity more prominent than in two zones: I) the increment and expansion of rural action, which regularly results in biodiversity misfortune; and ii) the creation and economical utilization of secured regions, which alleviate encourage biodiversity misfortune. In August, the EPA and USDA released a report pledging support to water quality trading markets in various ways

Farming has truly had the biggest effect on biodiversity, and it is relied upon to keep on being a main consideration later on. Ensured zones are a genuinely ongoing wonder, in any case, their signi ficance for biodiversity later on will move toward becoming key. Future weights on biodiversity are firmly connected to increments in monetary movement, with related changes in utilization and creation designs. Under th OECD Natural Outlook Baseline, total populace is relied upon to be 30% higher in 2030 and, at the point when combined with expanding material prosperity (the world economy might be twice as large in 2030 as it was in (2005), this is probably going to fuel current weights on biological communities. Guaranteeing that monetary improvement is feasible will require fulfilling human needs furthermore, needs so that profitable biodiversity and biological community capacities are not lost, in particular the same number of these environment capacities – including carbon sequestration, water decontamination,and the arrangement of hereditary material – specifically bolster monetary and social prosperity. While a significant number of the biodiversity "hotspots" worldwide are arranged in creating Assist misfortunes in biodiversity and biological community administrations are relied upon to 2030.

To Collaborate Scientific Professionals around the World

All accepted abstracts will be published in respective Our International Journals.

Abstracts will be provided with Digital Object Identifier by 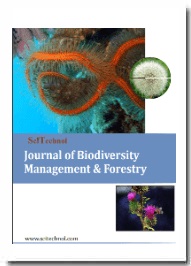 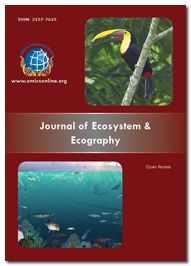